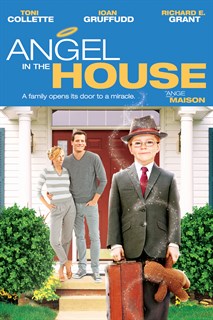 Struggling to adopt a child and unable to conceive one of their own, the Morrison family is in need of a miracle. When a charming 7-year-old boy unexpectedly shows up on their doorstep claiming to be from the foster home, their luck changes and joy is brought back into their lives. But amazingly, their surprises have only just begun…Starring Toni Collette (Little Miss Sunshine) and Ioan Gruffudd (Fantastic Four).

FILMS RELATED TO Angel in the House

Angel in the House