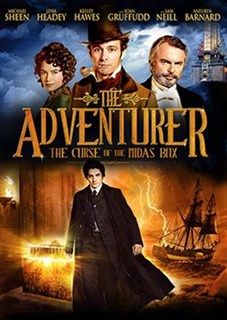 When his parents vanish and his younger brother is kidnapped, a brave 17-year-old boy must do everything he can to find them. Following a trail of clues that lead to the darkly majestic Prince Regent Hotel, he discovers a hidden realm of monsters, deadly secrets and a long-lost artifact that grants limitless wealth – but also devastating supernatural power. With the fate of the world, and his family at stake, he will risk everything to unravel the Curse of the Midas Box!

FILMS RELATED TO The Adventurer: The Curse of the Midas Box

The Adventurer: The Curse of the Midas Box