A FILM BY Kieran Parker

A FILM BY Kieran Parker 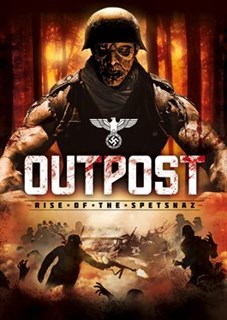 In the closing stages of WWII, an elite squad of Russian soldiers fall victim to a counter-attack by the Nazis. Those who aren’t killed are taken to a secret bunker where horrifying experiments are under way to create a breed of undead Nazi super soldiers. In order to survive, the prisoners must outrun and outgun the most vicious and powerful enemies they have ever faced.

FILMS RELATED TO Outpost: Rise of the Spetsnaz

Outpost: Rise of the Spetsnaz