A FILM BY Carey Scott

A FILM BY Carey Scott 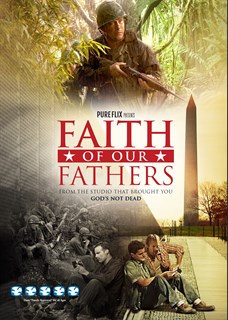 With the Vietnam War raging in 1969, two young fathers report for duty. A man of great faith and a doubtful cynic. A quarter-century later, their sons, Wayne and John Paul, meet as strangers. Guided by handwritten letters from their fathers from the battlefield, they embark on an unforgettable journey to The Wall-the Vietnam Veterans Memorial in Washington, D.C. Along the way, they discover the devastation of war cannot break the love of a father for his son. FAITH OF OUR FATHERS: a story of fatherhood; a journey of brotherhood.

FILMS RELATED TO Faith of Our Fathers

Faith of Our Fathers