A FILM BY Jon Wright

A FILM BY Jon Wright 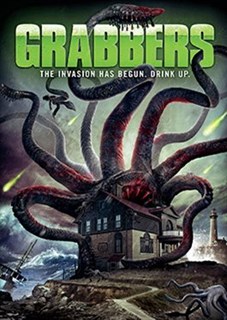 An idyllic remote Irish island is invaded by enormous bloodsucking tentacled aliens. With islanders turning up decapitated and drained of blood, the inhabitants learn that the creatures—called Grabbers—are allergic to alcohol, making intoxicated people toxic to eat. Overrun and under attack, the hopeless locals realize that in order to stay alive through a storm that's keeping everyone trapped on the island, they're going to have to band together at the pub and do their best to survive the night.