A FILM BY Paddy Breathnach

A FILM BY Paddy Breathnach 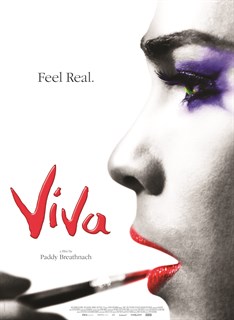 Jesus is a hairdresser for a troupe of drag performers in Havana, but dreams of being a performer. When he finally gets his chance to be on stage, a stranger emerges from the crowd and punches him in the face. The stranger is his father Angel, a former boxer, who has been absent from his life for 15 years. As father and son clash over their opposing expectations of each other, Viva becomes a love story as the men struggle to understand one another and become a family again.