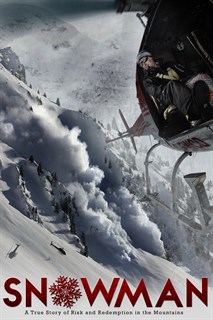 From childhood, Kevin Fogolin dreamed of living and working in the mountains. After breaking the shackles of small-town expectations, his dream comes crashing down in a helicopter avalanche bombing mission gone horribly wrong. In the aftermath, Kevin and his childhood friend, freeskiing icon Mike Douglas, are forced to confront the risks and rewards of following their passion for the mountains. Set in British Columbia's rugged Coast Mountain Range, SNOWMAN is a familiar tale of dreaming big and a life where the greatest risk is not daring to dream at all.