A FILM BY Angus MacLachlan

A FILM BY Angus MacLachlan

Synopsis / Credits Trailer Buy Now ITunes
“Goodbye to All That” is very evenhanded in assessing its characters’ flaws, and it never sentimentalizes.
-Stephen Holden, The New York Times 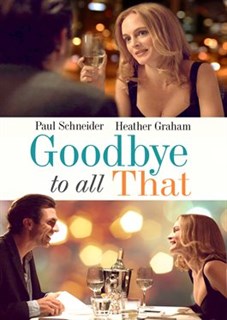 Paul Schneider (Parks and Recreation) stars as a newly single dad navigating the good, the bad, and the weird of the 30-something singles scene in this whip-smart comedy. When his wife unexpectedly informs him that she wants a divorce, well-meaning but oblivious husband Otto Wall (Schneider) finds himself thrust back into bachelorhood. Cue a hilarious sequence of romantic encounters—from reconnecting with a former crush to online dating—as Otto searches for the real thing amidst a string of one night stands.

FILMS RELATED TO Goodbye to All That

Goodbye to All That