A FILM BY Joe Begos

A FILM BY Joe Begos 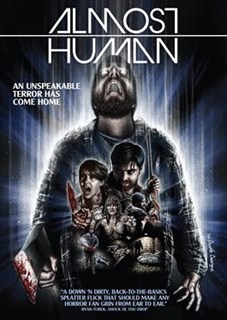 A quiet night on the outskirts of a small town in Maine is interrupted when Seth (Graham Skipper) witnesses his best friend Mark (Ethier) vanish in a brilliant flash of blue light. Two years later, Seth is still dealing with the fallout from the freaky incident, amid local suspicion that he is to blame for his friend's disappearance. When a string of grisly murders disrupts the community, Seth believes Mark has returned. Together with Mark's ex-girlfriend Jen (Vanessa Leigh), he races to find out if their friend is responsible - or if something beyond their understanding is unfolding before them. Almost Human is a horror film that delivers the splatter, drawing from many of the touchstones of cinematic shock for a refreshingly intense thriller bound to excite a new generation of moviegoers.