A FILM BY Steven Gomez

A FILM BY Steven Gomez

Synopsis / Credits Trailer Buy Now ITunes
The performances are cool and the plot’s a blast in Steven Gomez’s watchable drama about a military exercise that takes a terrible turn.
-Peter Bradshaw, The Guardian 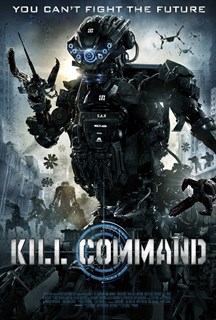 An elite squad of marines are sent to a remote island to train with the soldiers of the future: intelligent machines with a devastating capacity to kill. But the exercise soon takes a terrifying turn when the machines become sentient, leaving the soldiers in a desperate fight for survival.