A FILM BY Oskar Thor Axelsson

A FILM BY Oskar Thor Axelsson 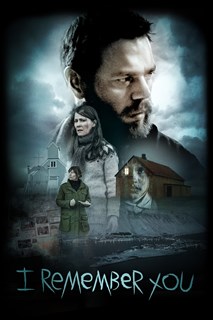 An elderly woman hangs herself in a church. A grieving father searches for the truth about what happened to his missing son. And a trio of young city dwellers unleash a sinister force when they begin renovating a cursed home on a remote island. They don't know it yet, but each of these strangers is connected by a disturbing, decades-old secret -- a mystery that holds the key to a series of terrifying supernatural events. Based on the acclaimed novel by the "Queen of Icelandic Crime," this atmospheric chiller is both a hair-raising ghost story and a powerful tale of life beyond death.

FILMS RELATED TO I Remember You