A FILM BY Dan Beers

A FILM BY Dan Beers 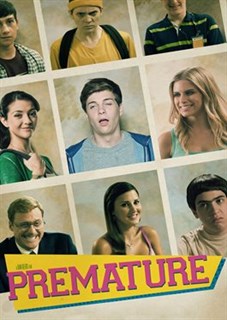 You're in highschool. Facing the biggest day of your life. You need to nail a college interview ensuring your admittance to your parents' beloved alma mater. To keep cool when your life-long crush finally seems to show interest. And then you wake up one morning and realize someone's playing a sick joke, because you're reliving the day's events over and over...and over again. Are you A.) stuck in a dream? B.) Experiencing déjà vu? C.) Having a psychotic break? Whether it's finding a way to get into college, into your life-long crush's pants, or having an even bigger epiphany, you must figure out how to break the cycle before losing your mind. This is the set-up for Premature, the hilarious-yet-heartfelt comedy from first time feature director (and co-writer) Dan Beers that won over audiences at this year's SXSW. An ingenious collision between Groundhog Day and American Pie.