A FILM BY Alex McAulay

A FILM BY Alex McAulay 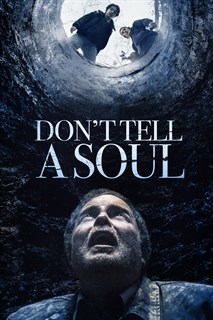 When Matt (Fionn Whitehead) convinces his younger brother Joey (Jack Dylan Grazer) to rob a house to pay for their sick mother Carol’s (Mena Suvari) medical bills, security guard Hamby (Rainn Wilson) falls in a well chasing them. Now Hamby must match wits with these two teenagers, as Joey’s conscience gets the best of him wanting to help out Hamby, and Matt becomes increasingly aggressive, fearful they will be caught. As the tension rises, so does the violence, and as Joey tries to do what’s best for his family, these two brothers will come head to head, as Hamby tries to outsmart them both.